Fashion designer Hsiao-Chuang Wen showed four coordinated garments containing subtle rippling light patterns as part of the the recent Future Chic event held in Shanghai, where the pieces won the design innovation award. The patterns were inspired by the phosphorescent light effects seen in sea creatures at great depths and realised using multi-coloured LEDs integrated into the garment. The light effects on each garment were controllable via Bluetooth and a mobile phone App. The four garments are shown in the following photos. 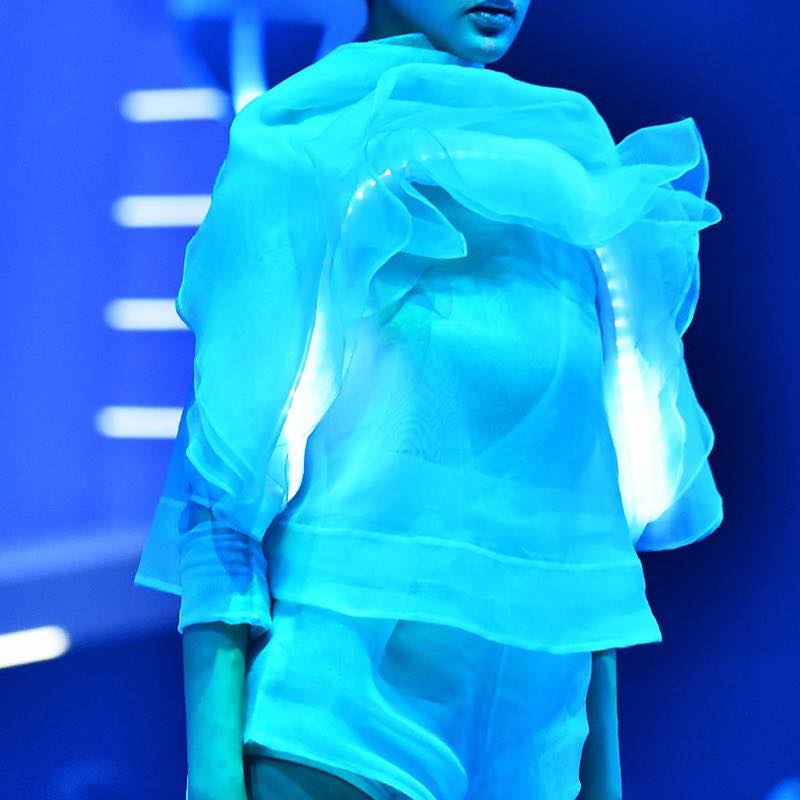 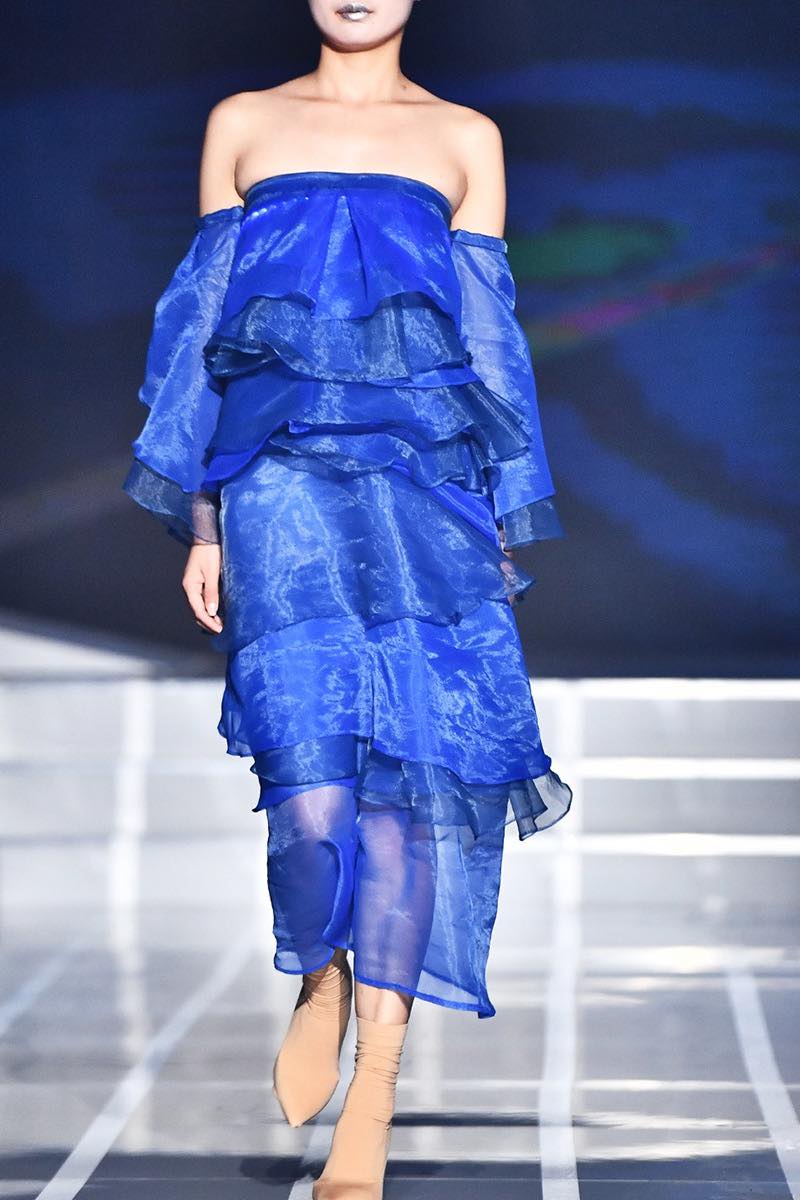 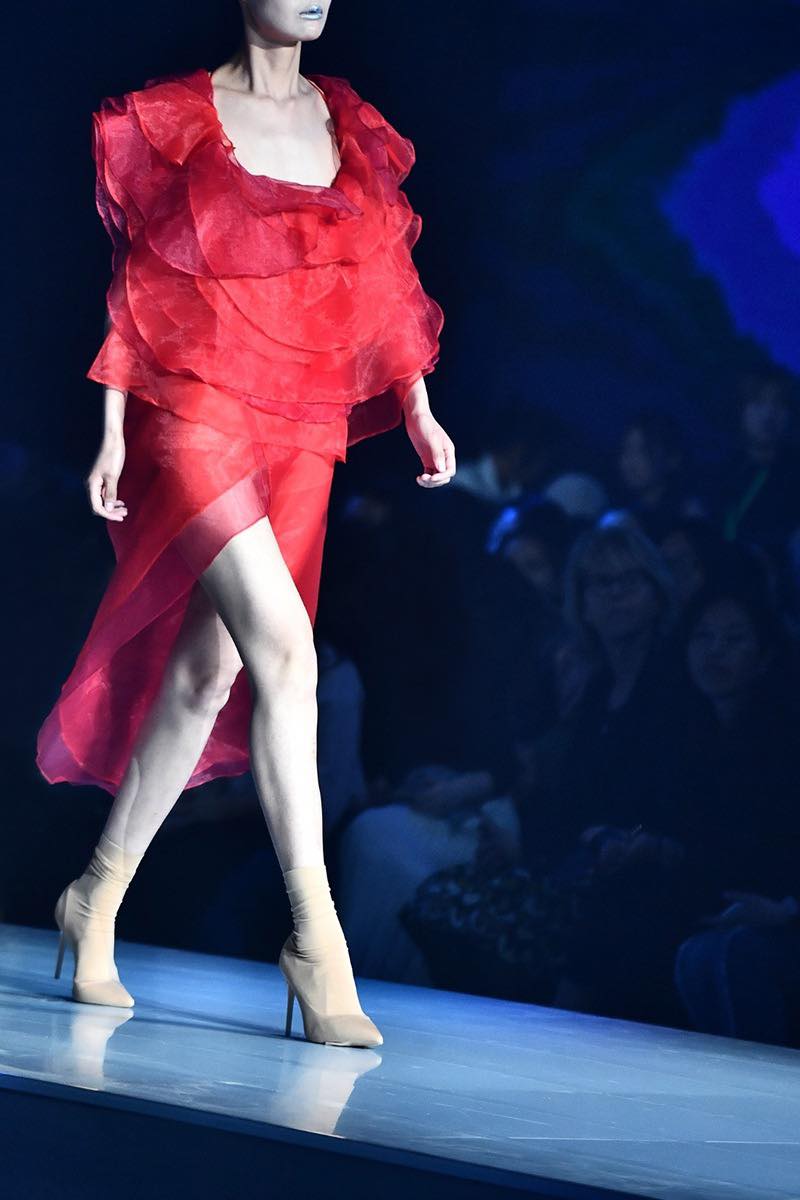 Hsiao-Chuang is currently studying for a masters in Fashion Design at Shih Chien University, Taiwan and created the first piece of the collection during an electronic apparel workshop Here is a summary of the concept and initial designs. 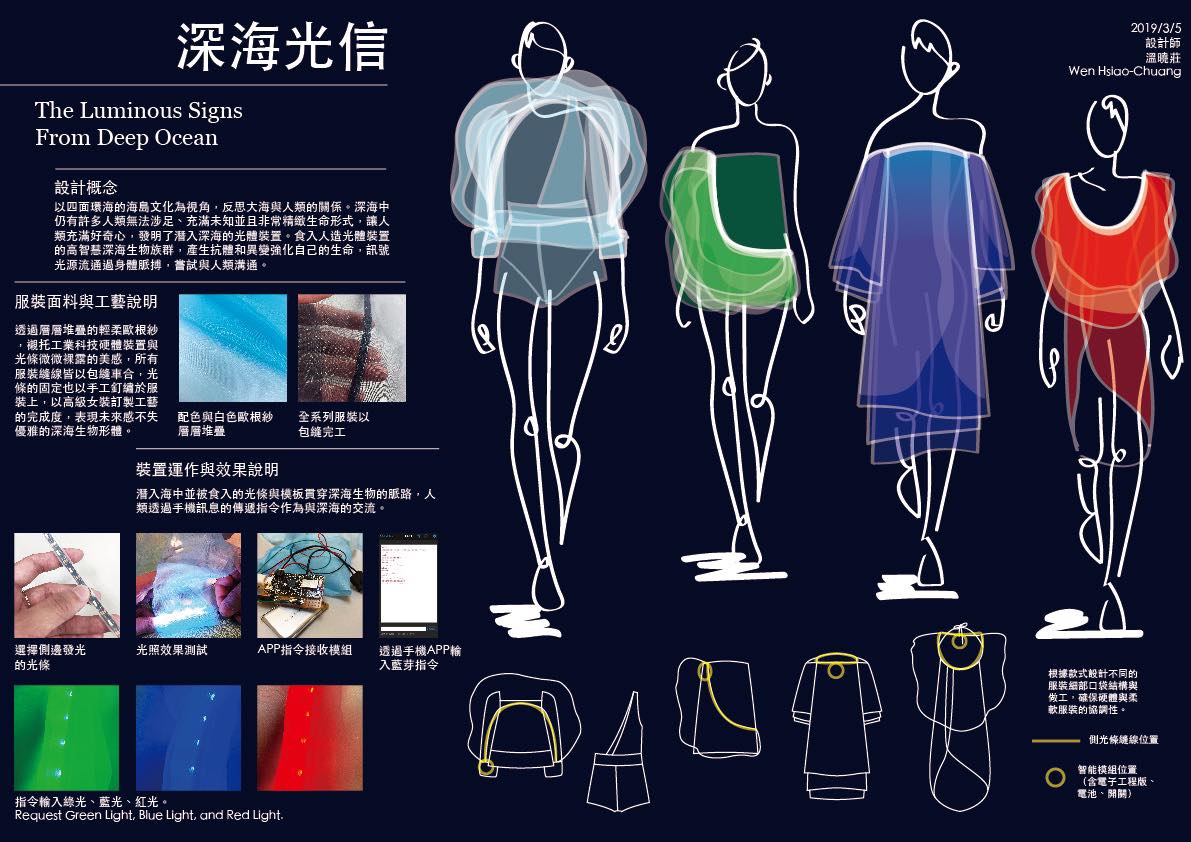 The electronics were developed through a collaboration with Paul Gough, who is a visiting assistant Professor at Shih Chien University. The following shows the electronic apparel being tested prior to the show, a new step that is not required for conventional clothes! 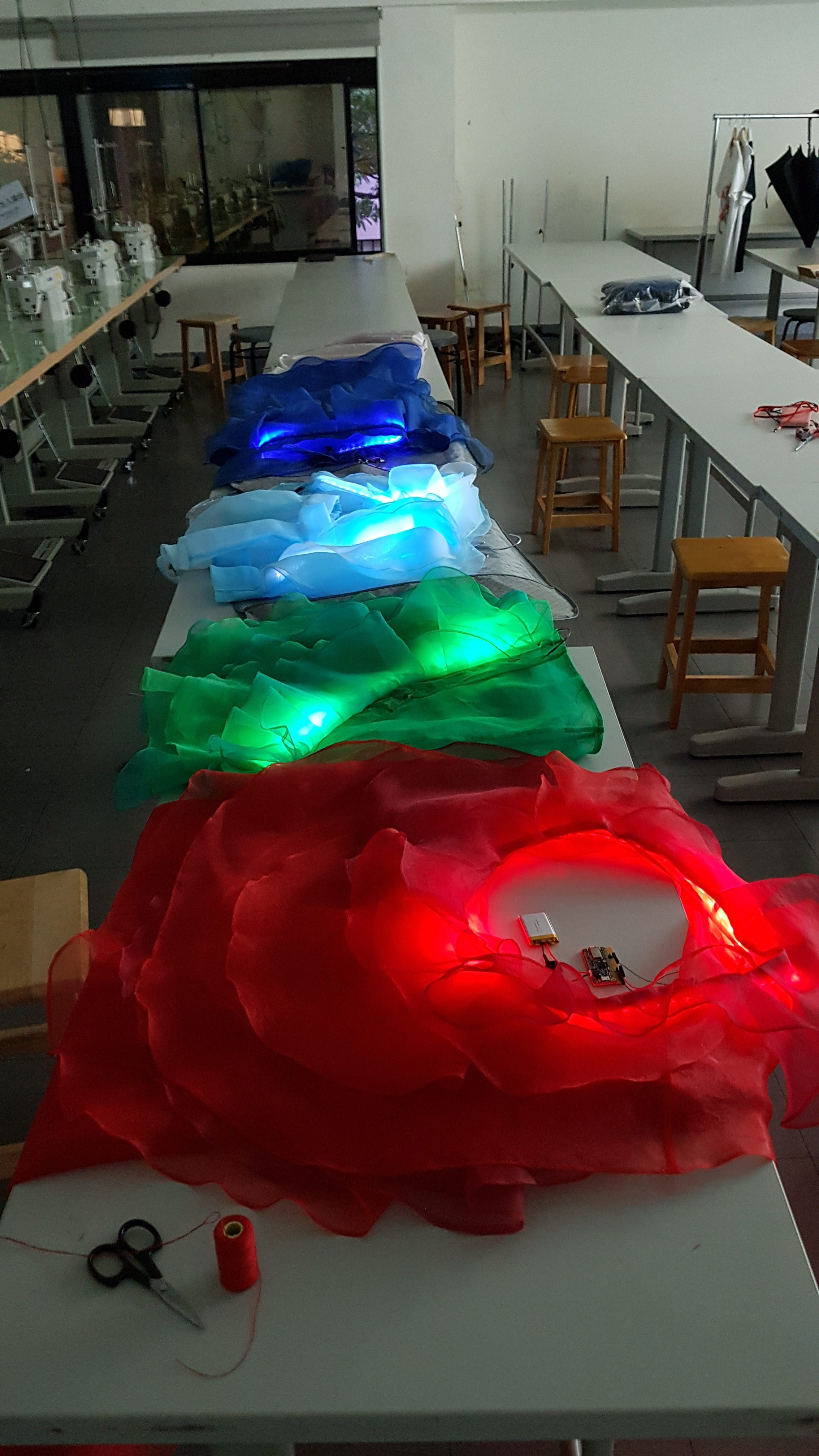 A short video of the costumes during the rehearsal

A video of the collections during the show, apologies for the poor quality, but the effects can be seen