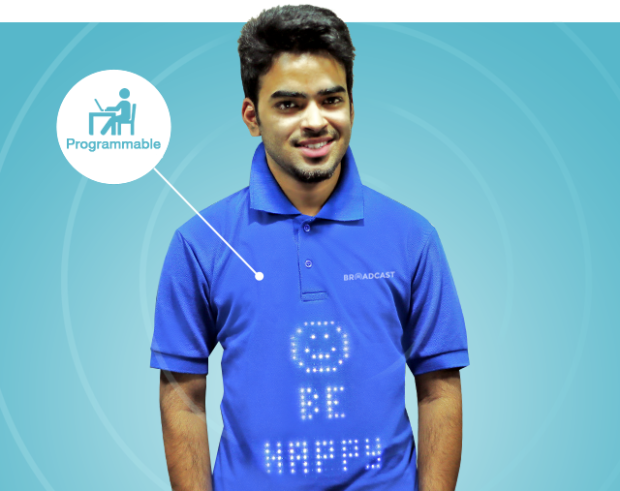 So you want to customize the message on your t-shirt; now you can. Broadcast are offering T-shirts containing flexible LED panels that you can program over Bluetooth from an app on your smartphone. This is a crowd funded project that has reached its initial target so we should be seeing the shirts soon. The early-bird orders have sold out, so the new cost for a t-shirt is $69.

The following video shows the T-shirt being worn and active, including gently rolling it up. I noticed that there were some drop outs (non-working LED’s) in the examples on the video. I guess these issues will be resolved before production.

The concept is not new, here are Philips Lumalive flexible panels being used in clothes, however, this technology, while multicoloured, was expensive. Of course, CuteCircuit also have a soft fabric LED panel technology that they use for their designs.