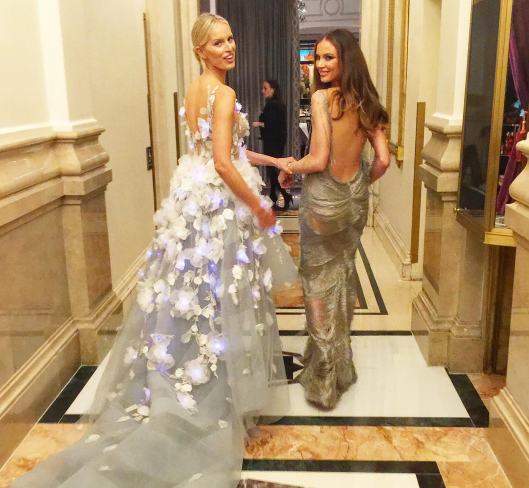 Karolina Kurkova paraded on the Met gala red carpet with a LED dress, designed jointly by Marchesa and IBM Watson. The details of this machine/human collaboration is on the IBM website. Here is a short video outlining the roles played by Watson in the design process, which seemed to centre around identifying potential fabrics, colours and patterns.

The embedded lights in the dress were wirelessly controlled, reflecting the sentiment of the incoming twitter feeds regarding the dress and the Met gala, again analysed by Watson. The dress had what looks like a BT or WiFi microcontroller as shown below. 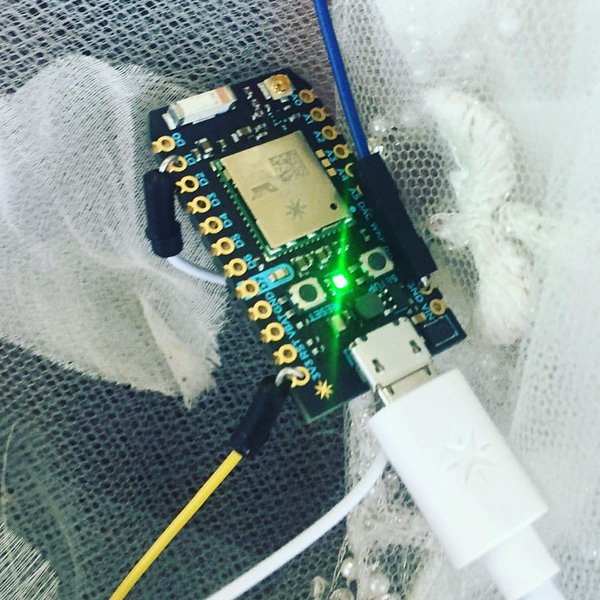 Please comment on all of my social accounts b/c my dress will react to your emotions! #MetGala @IBM @MarchesaFashion pic.twitter.com/CXUKcVd8Hm

One problem with the design, it was very difficult to sit down as shown by the video of the dress working and on the way to the event.