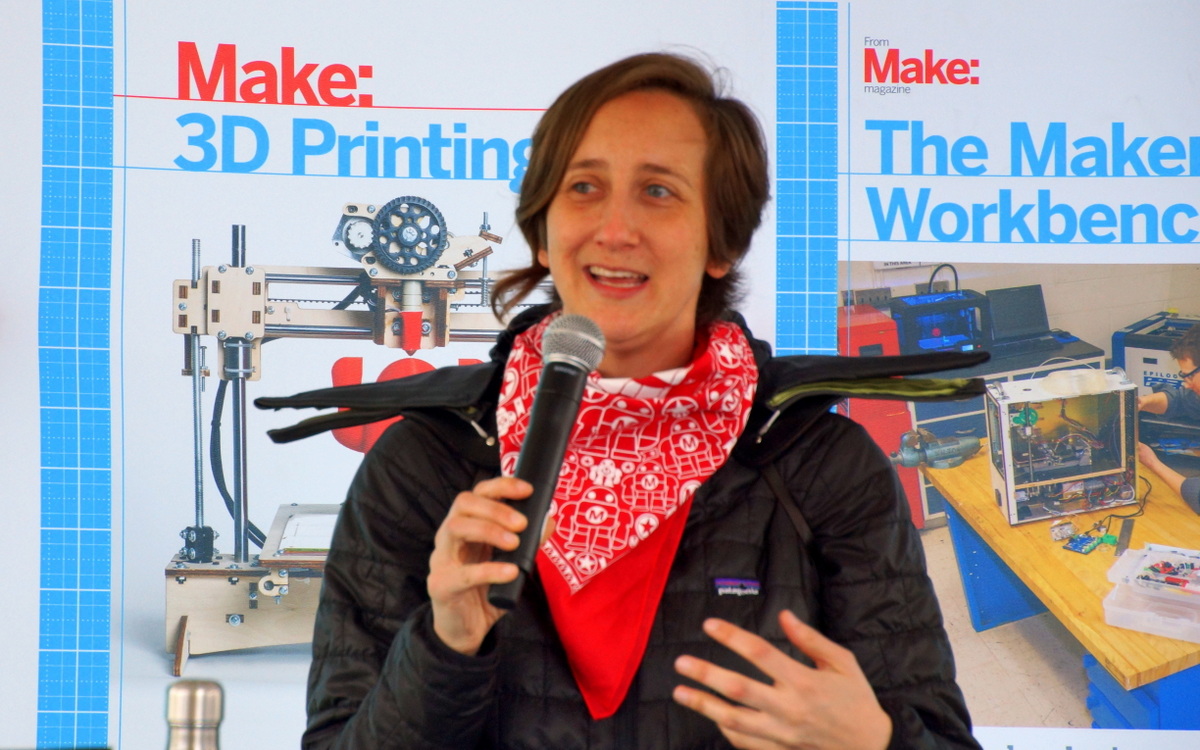 Kate Hartman gave a fascinating talk on her teams recent work on muscle activated wings, at the San Francisco maker faire. The talk nicely took us through the development from idea, to prototype to the current slick version.
The basic concept is that a set of wings or bellows is strapped around the neck and shoulders. The wing can be raised or lowered through a motor which is connected to a microcontroller. The microcontroller, in turn, monitors EMG signals from electrodes on the wearers biceps (other muscles could be considered). In Kate’s demonstration she simple flexed her bicep and the wings raised; it is a great effect.

The following is a short video showing the wings in action

Interestingly, Kate intends to follow up this work to look at issues of proprioception, that is whether with time people consider the wings an extension of themselves, as opposed to something additional that they have to conscientiously be aware of when moving. The studies for static extensions have been done, but in this case the wings are dynamic. Usually, just completing an electronic garment is a sufficient goal in itself, so it is nice to see some work in this area performing a longer term study.

A further attraction of the project is that it will be fully open sourced, so you can replicate or modify the design.

Kate has also written an excellent book for budding fashion technologists, that step-by-step teaches you the art and engineering of electronic garments. The book can be found here